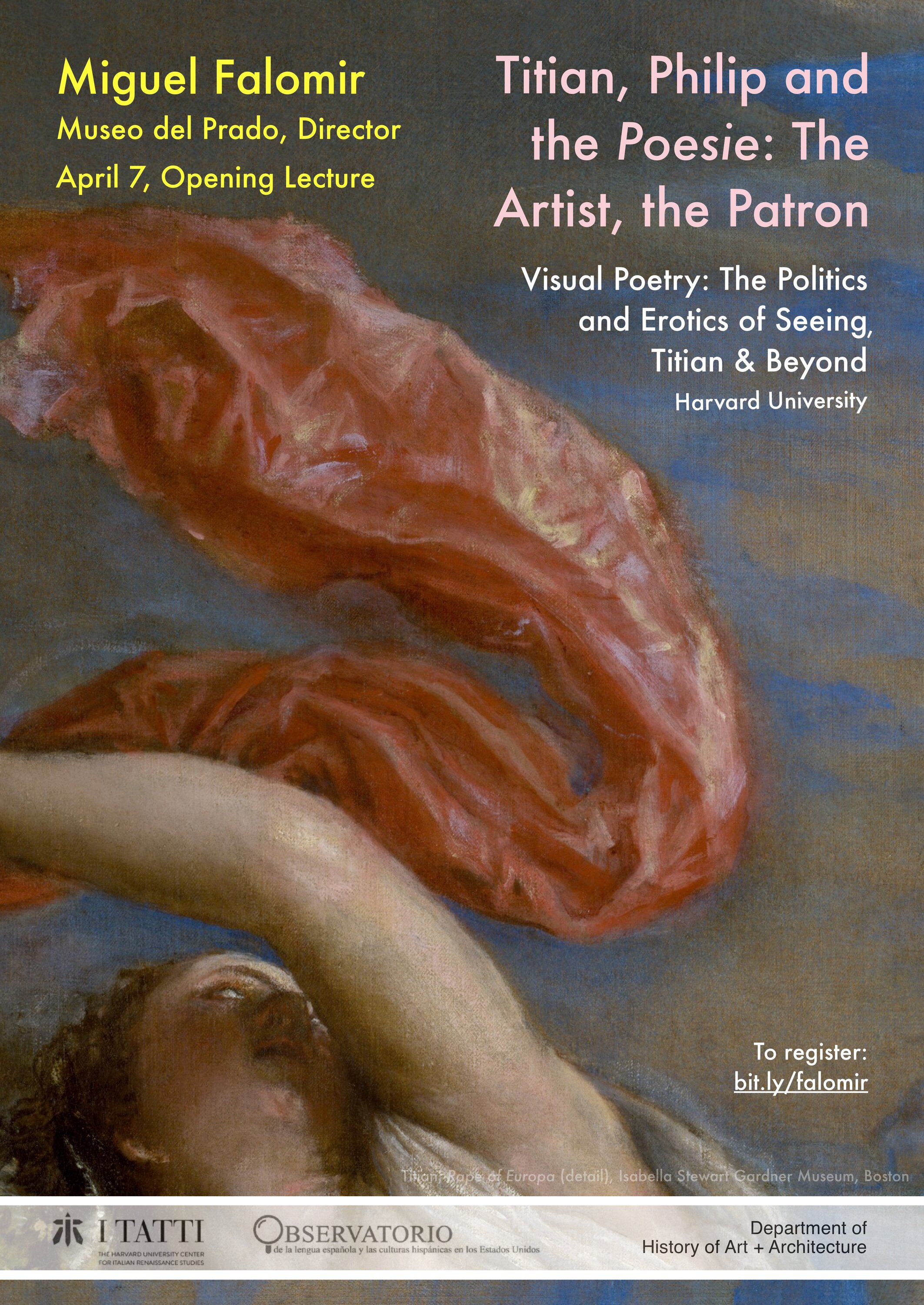 Titian, Philip and the Poesie: The Artist, The Patron

Visual Poetry: The Politics and Erotics of Seeing, Titian and Beyond

Miguel Falomir’s lecture is the first event of the two-day conference Visual Poetry: The Politics and Erotics of Seeing, Titian and Beyond.

Organized by Shawon Kinew & Felipe Pereda with the support of the Department of the History of Art + Architecture and Villa I Tatti, The Harvard University Center for Renaissance Studies, and contributions by the Cervantes Institute, Harvard Art Museums, and the Provostial Fund for the Arts and Humanities. 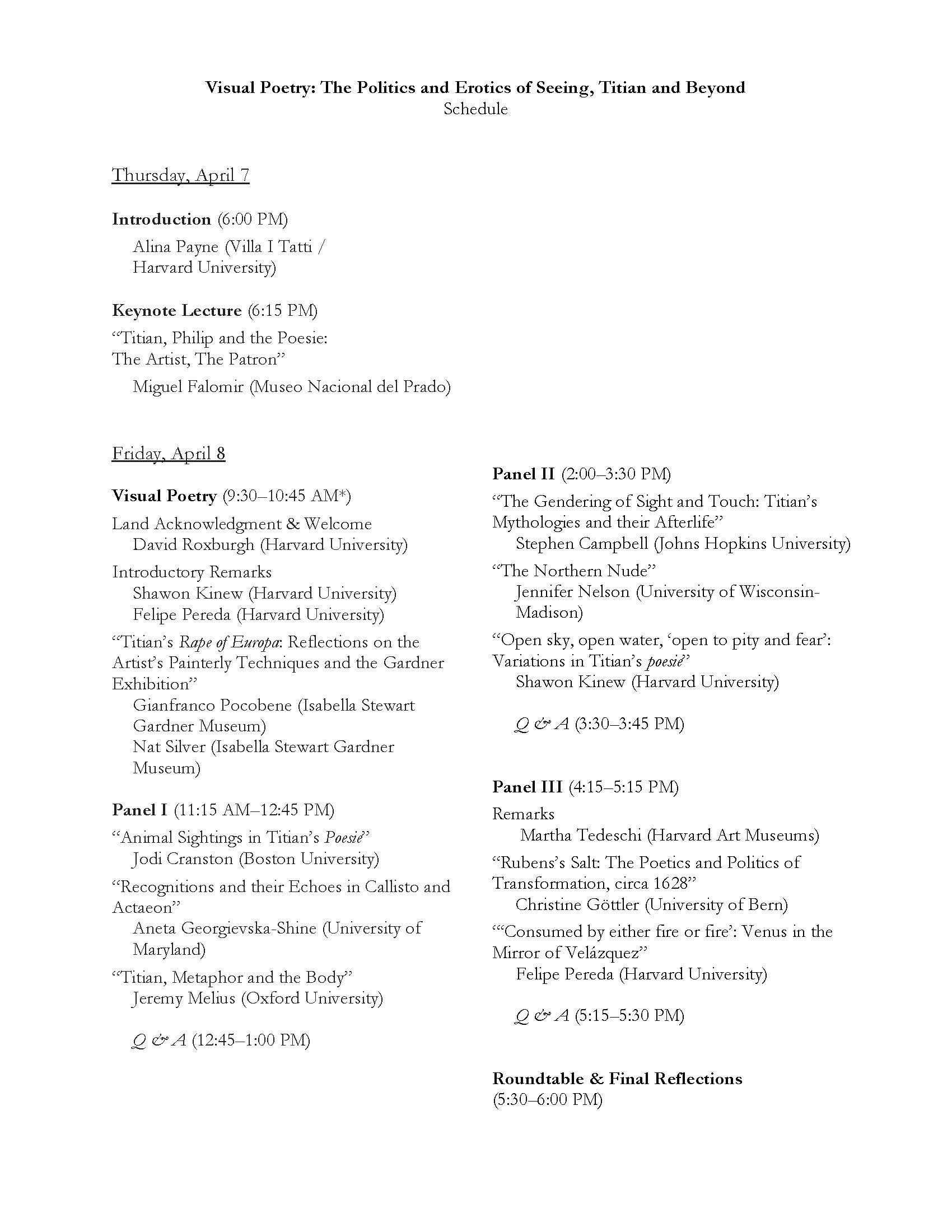