“It is no exaggeration to say that Carrie Mae Weems, an extraordinary artist and thinker, is one of the most prodigious artists of our time. I am so grateful that my colleagues Benjamin Buchloh [Andrew W. Mellon Professor of Modern Art] and Carrie Lambert-Beatty [Professor of HAA and Art, Film, and Visual Studies] kindly invited me to edit this volume of scholarship on the work of Weems, and because of who Carrie is we all thought it would be a straightforward process. Yet when I examined the history of criticism and scholarship on her practice, I was stunned. The research showed that the scholarship on Carrie Mae Weems early on is represented by the work of two individuals mainly — bell hooks and artist Coco Fusco — followed by a break in substantive scholarship on her, specifically, for nearly 15 years, capped by a flurry of wonderful essays by scholars. Within the gap, the most thorough works are interviews with Carrie herself. Knowing how widely celebrated she is and has been, the pattern was hard to accept. The discovery of this improbable desert of scholarship—and what it says about the changes in the discipline of art history — is my most vivid memory about putting this book together.

The problem here is not just having Black art become celebrated, yet not fully documented or theorized — creating these glaring asymmetries between level acclaim and substantive discourse surrounding the artist’s work — but this lack of scholarship also exacerbates the structural inequities faced by artists of color, and by Black artists in particular.” 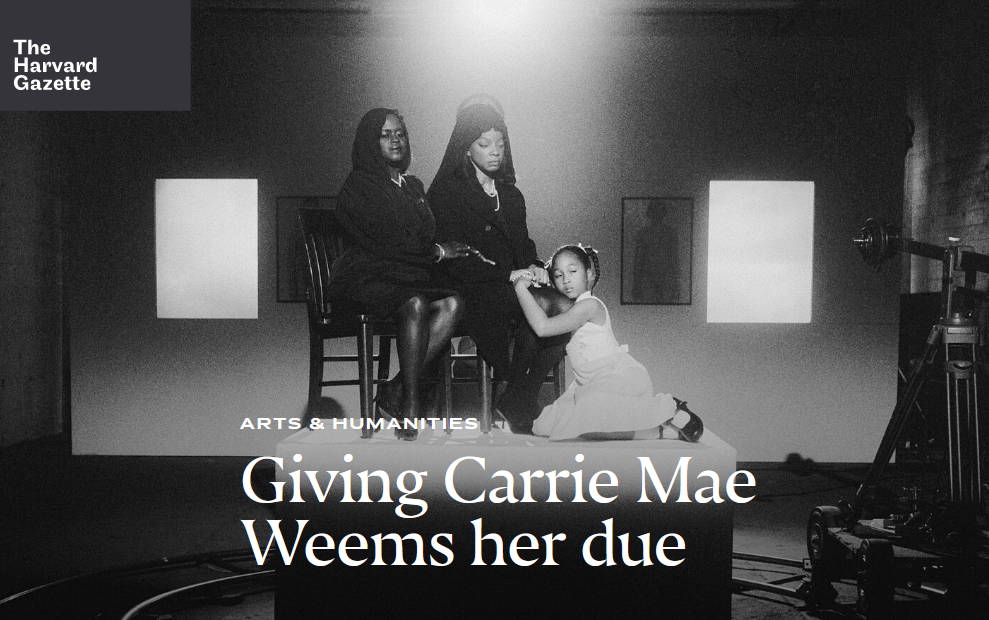